Security Awareness Protects You and Your Business

Learn more about the latest threats and tips. 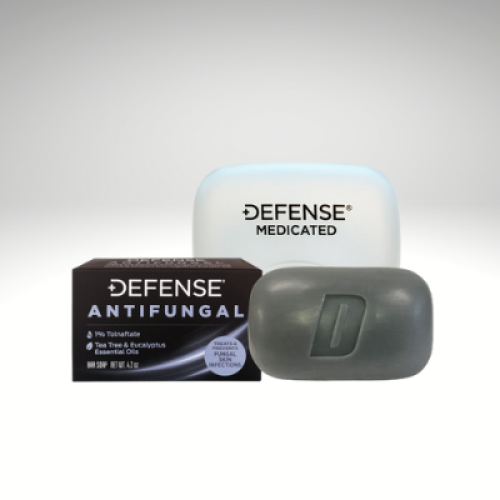 The ability to provide a real solution that makes lives a little easier is a win-win for any business. This recipe for success is one Defense Soap and its owner Guy Sako know well.

Sako, who grew up in Wellington, became a standout wrestler and NCAA qualifier at Cleveland State University. After coaching at Cleveland State following graduation, he became a youth coach when his son started wrestling. After witnessing nearly 100 cases of ringworm one season at the youth level, Sako began investigating ways to eliminate the problem. He created an antimicrobial bar soap that was safe for everyday use and prevented skin infections, serving as the catalyst for the Defense Soap company. He wasn’t planning to create a thriving company but rather to solve a problem the young athletes with his wrestling team encountered.

Today, the company, led by this accidental entrepreneur, is celebrating more than 15 years in business, the recent opening of its new Vermilion headquarters, and more than 25 products in demand worldwide by healthcare facilities, corporations, military agencies and consumers.

“When this all started, I was handing out soap to our wrestlers just to eliminate the problem,” said Sako, who continues to serve as head coach of the Westshore Wrestling Club, which has produced numerous great athletes through the years. “I was focused on getting rid of the problem, not starting a company at that time. As the word started to spread about the results, I was having other coaches asking for it at the tournaments where we competed. After the second or third request, I knew we had something special that could help people.”

Over the years, Sako, who retired in 2015 from a career with the Cleveland Police Department, continued to sell his bars of soap. He developed new products and partnerships while building the company, which he operates today with his wife, Ashley, his son, Gus, and a dedicated team of 12 professionals.

One hallmark of the company’s offerings is the “$6 Promise” to keep the original bar of soap that launched Defense Soap affordable and to serve as a daily reminder of Sako’s roots. As a kid in a blue-collar household in Wellington, Sako remembers his introduction to wrestling when he brought home a Wellington Wrestling Club signup flier with a $6 fee to join. He said his parents didn’t have a lot for extras but allowed him to participate in the youth program, igniting a passion that gave him the opportunity to build his character and develop into the person he is today.

In the past couple years, Sako and his team rose to the challenge that the COVID-19 pandemic created. Just days after moving into the company’s new facility, requests for their disinfecting products dramatically increased by nearly 500 percent. While most of Ohio was under a mandatory stay-in-place order, Defense Soap was deemed essential and the staff worked hard to fulfill orders.

When Sako started working on plans for a new facility to allow Defense Soap to expand and create more local jobs, he was met with inflexibility from the company’s old bank. Despite year-to-year positive business growth and future forecasts, his then-bank asked for reductions in the facility size. His builder recommended that he explore Buckeye Community Bank, allowing him to return to his roots in Lorain County.

“We found Buckeye very energetic and willing to find a way to work with us. Kate Kerr was a pleasure to work with and we appreciate all her hard work,” Sako said. “If it weren’t for Buckeye, we wouldn’t be here in our facility today. A lot of things needed to line up to make this a reality, and I appreciate the trust Buckeye has shown in the company and me.”

“We have been tremendously excited to be involved with Defense Soap’s momentum and growth,” said Buckeye President and CEO Ben Norton. “For years, Defense Soap products have been ubiquitous in the athletic world and wherever professionals had disinfecting needs. The recent events have caused more people to recognize this great company and the hard work done by Guy and Ashley Sako and their team. Defense Soap has been a perfect fit with Buckeye Community Bank and our strategic focus on empowering local companies and local jobs.”

The new 11,500-square-foot Defense Soap facility allows the company to consolidate all operations and distribution at one site. The company’s products are available in the U.S. through online retailers like Amazon and Walmart, as well as in Canada, China, Australia and Europe, thanks to solid partnerships. Additionally, the new facility includes wrestling space, allowing the company to enrich the area by attracting national coaches and athletes to provide clinics for local wrestlers.

Learn more about Defense Soap and their impact at defensesoap.com.